Meet Frankie Lewis: A smiling welcome to the Taberhood 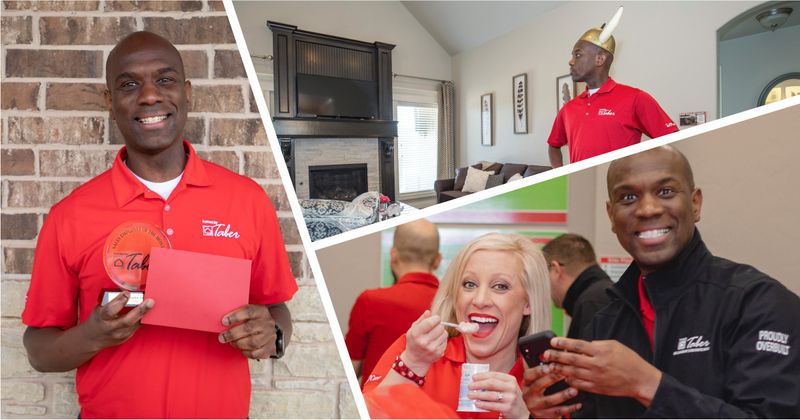 Meet Frankie Lewis: A smiling welcome to the Taberhood

There aren’t many people who could be wide awake and cheerful at 5 a.m. Even fewer who could be that way day in and day out. Luckily, we have one of these rare people. Meet Frankie Lewis. He’s the first person you’ll probably talk to at Homes By Taber. Get ready for a smiling welcome to the Taberhood!

Frankie is Homes By Taber’s New Home Specialist. That means he fields all calls and online inquiries about our homes. He learns about each prospective buyer, asking a lot of questions. Then Frankie guides them to communities and homes that feel like the best match.

But it’s more than that.

“It’s always my goal to make everyone’s day better. Just put a smile on someone’s face because you never know what that person is going through.” Frankie says he can tell that some people are tired from shopping for a home for weeks or months and feeling like they’re getting nowhere. He makes it a habit to smile when he’s talking to them on the phone, because they can “feel it”. When he can turn someone’s frustration into true excitement, he’s just as thrilled as the customer.

The Oklahoma native, originally from Broken Bow, is a natural for working with people. Frankie is fun-loving, easy to talk to, and genuinely interested in helping people. You wouldn’t know he was painfully shy as a child. Then his sister pushed him into joining a fraternity when they were both attending Southeastern Oklahoma State University where he was working toward a degree in Marketing and Advertising. He became involved with helping incoming freshmen fit into college life.

“I was that kid once,” he confesses. “People guided me in the right direction, so it was then my turn to give back.”

You can ask Frankie Lewis about a typical day, and he’ll tell you there’s no such thing. For someone who thrives on spontaneity, doing the same thing day in and day out just isn’t possible. He tackles each one with the wide-eyed enthusiasm of a child on Christmas Day hurrying to see what Santa brought. Every ‘present’ he opens is his opportunity to help them find the Best Places to Live in Oklahoma City.

“Everything I do is spur of the moment, even phone calls,” says Frankie, who loves trying new things. Since every customer is different, he says it’s never status quo.

With so many communities located near Tinker Air Force Base, Frankie works with a lot of servicemen and women who are relocating. He understands the challenges of military families and frequent moves, so he makes every effort to simplify the process. One family was moving from Georgia and looking for a new home. Frankie asked all the right questions to pin down their criteria. Then he did some online mapping and provided the buyer with detailed maps and routes from each Taber home to Tinker Air Force Base. The customer flew in a day early with his family, drove to each home using Frankie’s navigation, and narrowed their search to two Taber homes that were for certain the best places for them to live in Oklahoma City.

“That small thing that took me just a few minutes made such a big difference for that family,” Frankie says with his ever-present smile. Mapping out the new homes in Oklahoma City as a service to them is the least I can do to help.

Frankie is on call seven days a week, but he doesn’t seem to mind. “When you love what you do, it’s not really work,” he explains. Customers work with Frankie to not just find the best places to live in Oklahoma City, he works with them to answer questions about the smartest way to buy a house, new construction deposits, new construction resale value, Oklahoma City cost of living comparison, and about all of the Proudly Overbuilt features, like what is in a smart home.

When he’s not working, Frankie enjoys cooking. He goes to restaurants, tries different dishes, and then attempts to recreate them at home. He calls himself “Chef Homeboy-ar-dee”. He’s just as persistent with this hobby as with his work. “If I don’t get the recipe right the first time, I keep trying.”

Frankie, like our Marketing Director Lindsay Haltom, is an early morning fitness fanatic. In fact, that’s how he came to join Homes By Taber almost two years ago. Frankie was working at a fitness center, manning the front desk from 4:30 a.m.to 1 p.m. Lindsay was a regular for the 5:00 a.m. full body workout class. They got to know one another and she recognized he’d be great at the newly created Online Sales Counselor position. “Anyone [who] is that excited to provide a high level of customer service at 4:30 a.m., is cut from a special cloth,” says Lindsay Haltom. Frankie accepted, went through training, and has been one of our shining stars ever since.

“This job was a blessing. I couldn’t have asked for anything better.”

We feel the same way about you, Frankie!

We invite you to meet Frankie Lewis for yourself. Whether you’re looking for new homes for sale in Edmond, Piedmont, Norman, Moore, or other great OKC suburbs, let Frankie help. Give him a call and find out for yourself how Frankie can make your day and your search more enjoyable. Let him help you find the best place to live in Oklahoma City.

Homes By Taber, a local homebuilder in the Oklahoma City metro area, offers new, energy-efficient homes starting at 1,500 square feet of indoor living space and going up to 3,350 square feet of indoor living space. Prices for these new construction, single-family homes for sale start from the low $200,000 and go up to the mid $500,000 range. Homes By Taber was founded in 2000 by Taber LeBlanc. We currently build in 20 different locations with new construction homes for sale in the OKC metropolitan area. 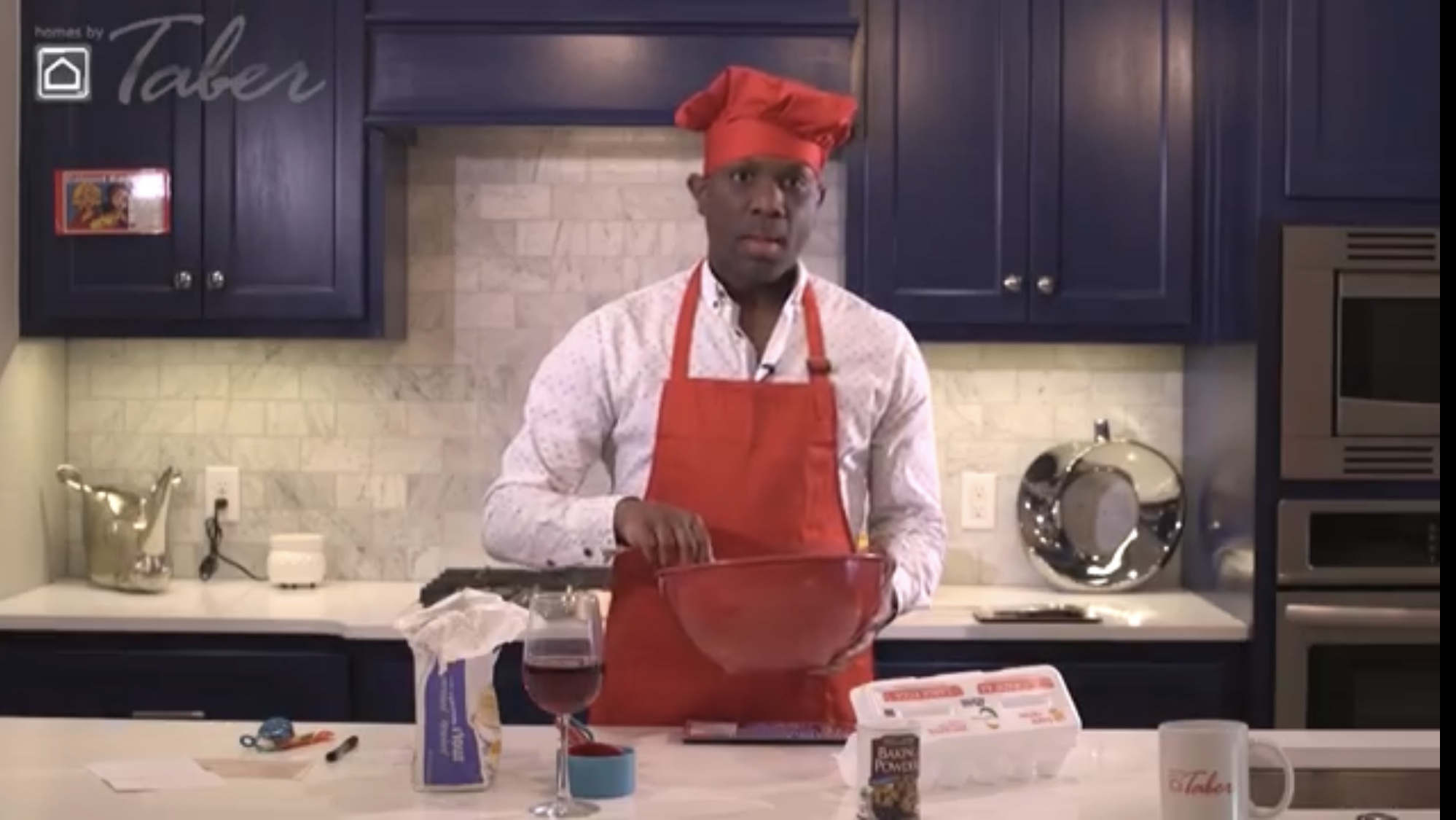 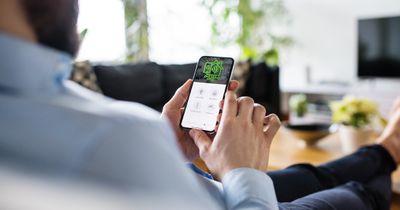 What is a smart home? And why do you need one? 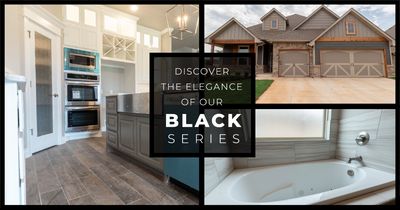