KOCO reached out to Taber LeBlanc, owner of Homes by Taber, to learn why he made the decision to include a storm shelter in every home he builds. 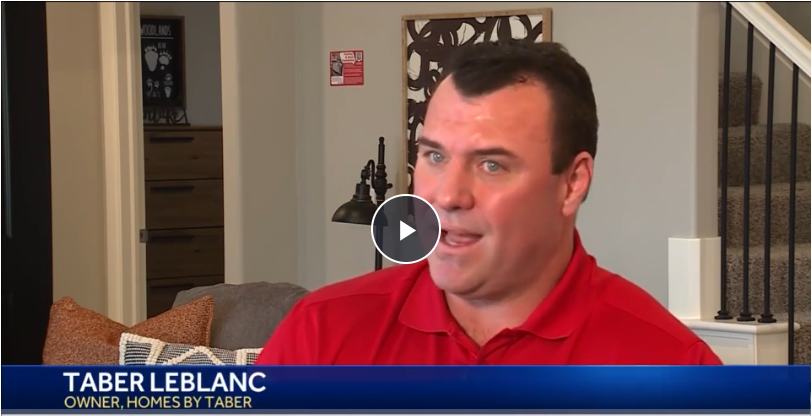 EDMOND, Okla. — In the eight years since the 2013 Moore tornado claimed the lives of 24 people, including eight children, more and more homes, businesses, schools, and government buildings are installing storm shelters and safe rooms.

KOCO wanted to know how many had been installed. They took their question to metro cities, counties, and school districts. And to Taber LeBlanc, whose close calls with tornadoes led him to install them in every home he builds.

"We are the biggest installer of storm shelters in the country," says LeBlanc. Taber’s close call came in 2009 when a twister damaged his house, but he had a shelter, and no one was hurt. "I was at work and my wife was at home with the kid and I’m talking to her when the tornado is coming, and everything just went silent. And so, the phones would not work. Anything like that, so that fear, now my house has a tornado shelter, but that fear that I had, I knew they were safe."

Then came 2013. The destruction left a deep impression on him even though it barely missed his homes and went directly in between three of his neighborhoods.

"So I’m sitting there watching the news and I’m you know, I’m worried about my houses worried about our families that had bought. We decided at that time to put storm shelters in as a standard."

They are not even optional. KOCO did some digging. OKC has permitted more than 6,700 shelters since 2016. The city says it does not have a way to track shelters before then. Nearly 10,000 homeowners in Moore have a tornado shelter. The state department of education is not required to track storm shelters, although it is working on an informal list. We identified more than 100 shelters or safe rooms in metro school districts. In all, KOCO identified more than 23,000 shelters most built after 2013. Taber is responsible for 3,000 of them.

"It reminded me about those fears and just made that conscious effort to make storm shelters included so all who are buying our houses can have that same security that I had that day," says LeBlanc.

If you do not have a storm shelter, you are safest on the lowest and most central part of your home. The basement if you have one, the bathroom, closet, or interior hallway. It is important that you stay away from windows.  Find more storm readiness tips in our blog. Best High Schools in the State of Oklahoma