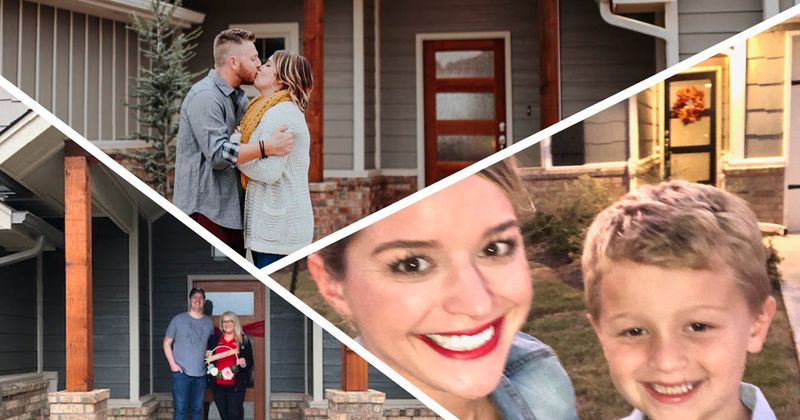 Council Ridge isn’t just another community of new homes in the sought-after Edmond, OK, suburb of Oklahoma City. It’s a true Taberhood in Deer Creek. Four of our Homes By Taber team members chose this neighborhood for themselves.

Lindsey Divis has been Homes By Taber’s Closing Coordinator for more than four years, so no one knows more about getting to the finish line on the path to purchase than she does! When she was house-hunting, closing wasn’t a concern, but finding the right home was. A single mom, Lindsey knew she wanted the unsurpassed quality of the Deer Creek School District for her 6-year-old son, Hunter. As she explored homes for sale in Deer Creek, she decided that Council Ridge provided the perfect location, close to the great schools as well as the turnpike, for easy access to everything around the Edmond area. She also had friends already living in Council Ridge, so it would feel even more at home.

Lindsey, who closed on her home less than two months ago, wasn’t accustomed to the familiar sight of kids outside playing together in the neighborhood, but she welcomed it.

“It was different from where we had been living, on 1 ½ acres where you never saw anyone,” explains the Dallas-born native who moved to Oklahoma at the age of 15. She adds that the real selling point was the cul-de-sac where her Council Ridge home had been built, the last finished home available in this phase. She had lived on a cul-de-sac when growing up and knew how special this private enclave could feel.

“I love that there’s still the country feel here because we’re not directly in the city, but still close.” The other selling point for Lindsey was that this particular, already completed home was just what she had envisioned. Lindsey, or “Divis” as she’s referred to around the Homes by Taber office, had been looking for months to find a rental home and was floored at the high rents in the areas in good school districts. “I was so excited to see that I could be a homeowner for the same price as I could rent for. Even though I help people own homes every day, I had never gone through the process first hand.”

“It was the exact colors I would have chosen, and the Brinklee is the exact floor plan I wanted! There’s wood-look tile in the main areas and carpet in the bedroom—again, exactly what I had been looking for. The kitchen was perfect, too, with white quartz countertops.”

The back yard is fully fenced in and has plenty of space for Hunter to practice soccer and t-ball. There’s still enough room for the trampoline that he’s getting for his birthday.

She looks around at her home and revels in the achievement. “It’s the first one I’ve owned on my own, and it sometimes feels like it’s not real. But it’s all mine. I did it on my own for me and my son, and that’s the best thing!”

Haley Reeves joined Homes By Taber two years ago, as Community Sales Manager at Stoneridge Farms, a neighborhood of single-family homes in Yukon. About a year later, she moved over to manage sales at The Grove in Deer Creek. In a few days, she will marry Corey Vesey, who also just accepted a Community Sales Manager position with Taber, and they will start their new life together in the Council Ridge home they built together, which was completed earlier this year.

The Deer Creek location was a natural one for them. Corey grew up there. They considered The Grove, another natural choice given that Haley works there, but the new phase wasn’t ready at the time. She also says that they preferred Council Ridge’s location.

Corey and Haley chose the Deacon floor plan, one that she was very familiar with. Corey wanted to walk through an actual home built in this plan, so they toured a model.

“It’s funny being on the other side of showing someone a floor plan,” Haley said. And that walk-through was all it took. “I’ve seen so many floor plans and been in the houses. I knew what I wanted.”

She also admits to having a slightly different perspective on the homes.

“We fell in love from the outside. I loved the front elevation of the Deacon floor plan. It was exactly what we wanted.”

Once they chose the community, the homesite, and the floor plan, Haley and Corey entered the next phase: Design Selection. This step was another buyer lesson for her.

“It definitely made me understand, seeing the design selection process from a buyer’s perspective,” Haley explains, adding how hard she tried not to go back and make changes, but there was so much temptation. “You see things and decide you have to have that. I learned why we do things a certain way and need things turned in at specific times. Now, I’m able to give my homebuyers better insight after experiencing it first hand. I believe in our processes even more now!”

Everyone has a favorite part of their new home. For Haley, it was turning on the lights. She chose her ideal fixtures from Homes By Taber’s “Proudly Overbuilt”  standard selections, not an upgrade, which is normal for homebuyers to do.

“I loved the lights I chose, so when they finally went in, my home was complete.”

While Lindsey and Haley just moved into Council Ridge this year, SIerra Freeman has lived in the Taberhood for two years. Her household accounts for not one, but two Taber team members. Her boyfriend of four years, Chad, is the construction superintendent for Ponderosa Estates, a Homes By Taber community of homes in Piedmont.

She joined Homes By Taber five years ago, originally assisting with closings. Four years ago, she moved over to Marketing, where she’s an integral part of the department. When you need something done, you can always count on Sierra. In addition to her full-time work at Homes By Taber, Sierra is a part-time hair stylist, with a client list that contains multiple Homes by Taber employees. The location of their new home was important so she could easily get from one job to another. They looked at Castlebrook Crossing in Yukon, but ultimately decided that Council Ridge’s Deer Creek location was the right choice for their new home.

One of Sierra’s “other responsibilities as assigned” included de-staging a model home when it sold. She packed up the furnishings and ensured they were moved to another model. One day, her job took her to a model of the Deacon floor plan. The front porch was an instant attraction. Then, as she walked through the home, she was compelled to call Chad and FaceTime him as she walked through. Although he was familiar with Homes By Taber’s floor plans, he hadn’t built the Deacon in Ponderosa Estates, so it was new to him, too.

“It was so warm and inviting. I started picturing the Christmas tree and all the family things in this home,” she says, with the same enthusiasm as the first day.

The building process was very easy for these seasoned specialists. Making design selections and closing, however, were two new steps for the couple

“The most exciting part was choosing the design details and seeing everything come to life. The most difficult thing was realizing all the things that go into closing, but Lindsey Divis is great at her job. She told us exactly what we needed, and Great Plains Bank took care of everything else.”

Sierra loves the neighborhood feeling in Council Ridge, describing the people as “very close-knit and family-oriented.” The community Facebook page keeps residents connected, and it’s not uncommon for a new family to post that they’re looking for playmates for their children. Of course, the community pool and playground are often the common ground for play dates and get-togethers and the coming soon basketball court is eagerly awaited by residents of all ages.

Sierra’s home is directly across from the model home at Council Ridge, so she sees people coming and going. Behind her is the start of the next phase of new homes. She’s ready for the influx of new neighbors as Council Ridge keeps going and growing, potentially with even more new homes for Homes by Taber employees.

If you’d like to see what’s happening at Council Ridge or any of our other friendly neighborhoods and new homes for sale in the OKC metro area, start by contacting Frankie Lewis. He can help you narrow down your many options to find exactly what you need and want!

Homes By Taber, a local homebuilder in the Oklahoma City metro area, offers new, energy-efficient homes starting at 1,500 square feet of indoor living space and going up to 3,350 square feet of indoor living space. Prices for these new construction, single-family homes for sale start from the low $200,000 and go up to the mid $500,000 range. Homes By Taber was founded in 2000 by Taber LeBlanc. We currently build in 20 different locations with new construction homes for sale in the OKC metropolitan area. 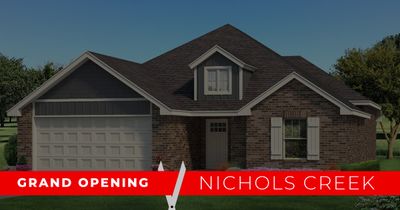 Get up to $7,000 on your Nichols Creek home at our Grand Opening 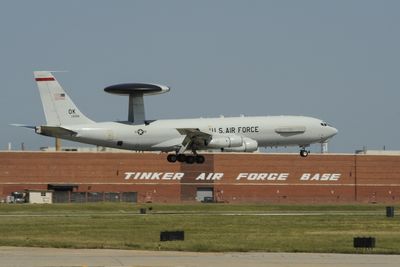 Taber's team has taken great care of us from start to finish. At the end of our warranty period, the Taber team handled any final needs thoroughly and went above and beyond to make sure all work was completed at the highest quality standard.Thanks to the Taber team for all the work they've performed in the year we've owned our home. We'd definitely buy with Taber again.