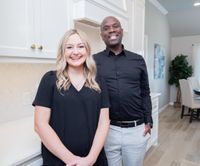 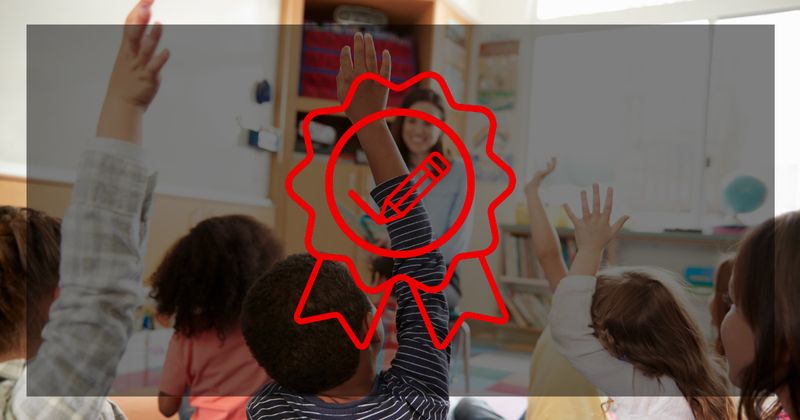 The OKC area school districts are just one more reason to move here, but for families, it’s a pretty solid one! Homes by Taber builds in the top OKC suburbs, including Edmond and Piedmont, which boast some of the best public education, not just in this region but the entire state.

EPS faculty and staff are committed to making their schools a safe and inspiring place for all students, where they grow, learn, and develop knowledge, life skills, and values. It’s no surprise (but certainly a big benefit) that it has earned eleven National Blue Ribbon Schools of Excellence — the most of any district in Oklahoma.

In addition to the academics, Edmond excels at what it does after school hours. Edmond Public Schools are also known for their athletics and have brought home nearly 100 OSSAA state athletic championships. Whether your Edmond student is playing football, basketball or on the swim team, their coaches are teaching valuable leadership skills, sportsmanship and responsibility.

Academics and athletics aside, the Edmond School District is also a highly-rated employer. Edmond Public Schools was named among the top 20 large employers in the region and is currently the largest employer in Edmond.

Homes By Taber is launching a brand new community of single-family homes at Delmer Lakes North, so you can become one of the founding families of this neighborhood. We also have homesites and move-in ready homes for sale in Edmond.

Within the City of Edmond, the Deer Creek School District has risen as the best of the best. Five elementary schools, 2 middle schools, and Deer Creek High School provide an exceptional opportunity for families to make the most of living in Edmond. GreatSchools gave a perfect “10” to schools from elementary through high school. Deer Creek High School earned the College Success Award, a reflection of the 96% graduation rate, high standardized test scores, and college readiness—and the fact that 67% of the graduates continue on to college.

Thinking this sounds ideal for you and your kids? Homes By Taber has a variety of communities that are served by the Deer Creek School District.

Piedmont is a growing OKC suburb, due in part to its easy commute to Oklahoma City and the surrounding area as well as the quality lifestyle. For education, Neighborhood Scout ranked Piedmont Public Schools #7 in the entire state! Student enrollment has increased by 33% since 2014 across the seven total schools here: Piedmont Early Childhood Center, three elementary schools, Piedmont Intermediate, Middle School, and High School.

Separating Piedmont from other districts in the OKC metro is the Piedmont Early Childhood Center, a dedicated school for pre-K and kindergarten students. They welcomed its first students in the 2019-2020 school year. With a motto of “think you can, believe you can, and do your very best”, the Piedmont Early Childhood Center is preparing kids for elementary school through hands-on learning. Everything in this brand new school is state-of-the-art, secure, and the perfect size for Piedmont’s smallest residents.

Awarded “The College Success Award” in 2019, Piedmont High School continues to rise in the rankings. The construction of additional classrooms, science labs, and more improvements are currently underway.

Located 17 miles west of OKC, Yukon is steadily growing as more people recognize the many benefits of living here. The 11 schools in Yukon Public Schools serve almost 9,000 students: seven elementary, two intermediate, one middle, and one high school. Northwood Elementary and Lakeview Elementary Schools both received a perfect “10” from GreatSchools, based on exceptional student progress, with many of the other Yukon schools earning high marks for academics and the overall educational experience. For experienced teachers and class size that allows for personal attention, schools in Yukon give you the peace of mind that your children are in good hands.

Moore, the seventh-largest city in Oklahoma, has a population of more than 55,000 residents. The children are served by Moore Public Schools, which consists of 25 elementary schools, six junior high schools, and three high schools. This school district also earns high marks for delivering quality education. Moore is a family-friendly city, where places like The Station at Central Park Aquatic Center and Urban Air Trampoline & Adventure Park serve up some extra-curricular fun.

Head 20 miles south of Oklahoma City to Norman for another great suburb. Norman is a large city of more than 120,000 people and the Norman Public School District is the eighth largest in the state. The schools have earned a reputation for excellence across many categories—academic, athletics, and the arts. Norman North High School received the College Success Award from GreatSchools, based on progress, college readiness standardized test scores, and AP course participation.

Ready to settle down in confidence knowing your school-aged children will be attending school at the best of the best? Check out our communities of new homes for sale in Edmond, Piedmont, Yukon, Moore, and Norman including move-in ready homes that are available right now. 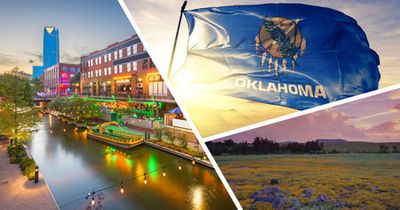 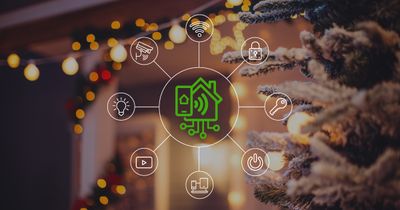