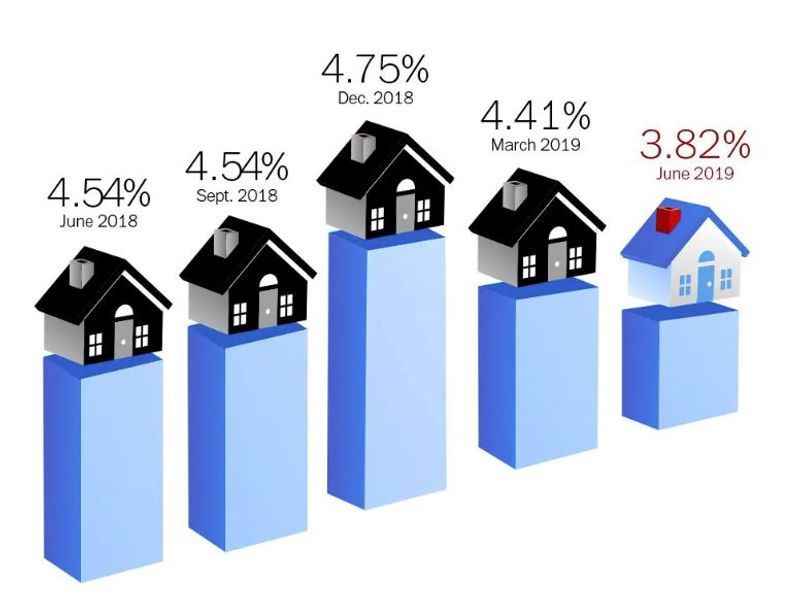 The 30-year fixed-rate average hasn't been this low since September 2017.

In November, mortgage rates appeared ready to soar across the 5 percent threshold. Seven months later, concerns over trade and global growth have driven them below 4 percent.

According to the latest data released Thursday by Freddie Mac, the 30-year fixed-rate average sank to 3.82 percent with an average 0.5 point. (Points are fees paid to a lender equal to 1 percent of the loan amount and are in addition to the interest rate.) It was 3.99 percent a week ago, and 4.54 percent a year ago. The 30-year fixed rate fell for the sixth week in a row and hasn’t been this low since September 2017. “Mortgage rates fell this week as trade tensions continue to dictate market movements,” said Matthew Speakman, Zillow economic analyst. “During the past few weeks, the way mortgage rates have reacted to trade-related news has been muted compared to that of Treasury yields, but that pattern changed this week. Friday’s unexpected announcement that the Trump administration planned to raise tariffs on goods imported from Mexico roiled markets and dragged longer-term bond yields to fresh 20-month lows. Mortgage rates followed suit, hitting their lowest levels since late 2017.”

Bond prices have been rising — and yields falling — as investors pulled their money out of stocks and put it into U.S. Treasury's. The yield on the 10-year Treasury plummeted to 2.07 percent on Monday before bouncing back to 2.12 percent on Wednesday.

Mortgage rates tend to follow the same path as the 10-year bond, but their decline hasn’t been as sharp and it may have run out of steam. Federal Reserve Chair Jerome H. Powell suggested this week that the central bank might lower its benchmark rate, which caused a rally in the stock market. Friday’s employment report also could affect rates. A strong jobs report would probably pull rates higher.

Bankrate.com, which puts out a weekly mortgage rate trend index, found more than half of the experts it surveyed say rates will remain relatively stable in the coming week.

Meanwhile, a surge in refinances propelled mortgage applications. According to the latest data from the Mortgage Bankers Association, the market composite index — a measure of total loan application volume — increased 1.5 percent from a week earlier. The refinance index grew 6 percent from the previous week, while the purchase index dropped 2 percent.

The refinance share of mortgage activity accounted for 42.2 percent of all applications.

“Purchase applications maintained a 16-week streak of year-over-year increases, but declined again on a weekly basis,” said Bob Broeksmit, MBA president and CEO. “The recent stock market volatility appears to be giving some prospective buyers hesitation about moving forward with a home purchase.” 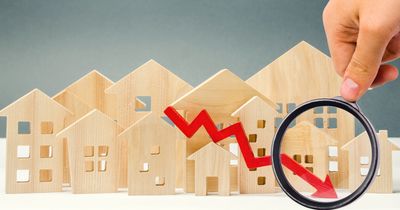 Avoid the Hassle of Selling Your Home By Trading Up