Chickasaw Nation Governor Bill Anoatubby today unveiled plans for a major resort-style development to be located adjacent to the newly-opened First Americans Museum. Situated along the Oklahoma River near downtown Oklahoma City, OKANA Resort & Indoor Waterpark will be a $300+ million tourist destination designed to continue the momentum of economic development in Oklahoma City.

“Strong partnerships and diligent effort among city and state officials and private entities have been integral to the launch of the First Americans Museum,” said Gov. Anoatubby. "With this world-class First Americans Museum now in operation, we are ready to turn our focus to what we believe will be another significant tourism and hospitality venue. It is our vision that the OKANA Resort will enhance the experience for visitors from not only our region, but across North America and around the world.”

“OKANA Resort & Indoor Waterpark has been designed to complement the First Americans Museum’s focus on cultural experience as well as connect visitors to other entertainment experiences along this established and vibrant part of the Oklahoma River.”

Plans announced detailed the first phase of the project, which is scheduled to develop approximately 40 acres of the total 140 acres held by AICCM Land Development, LLC, a wholly owned subsidiary of the Chickasaw Nation.

The resort-hotel will feature an 11-story, 404-room hotel, providing guests with luxurious accommodations, riverfront and lagoon views and proximity to the heart of Oklahoma City and the Boathouse District. A five-acre outdoor adventure lagoon designed for relaxation and play will sit at the center of the property and will be comprised of one main body of water and two smaller bodies of water – all lined with sandy beaches. A pedestrian bridge will stretch across the main body of water, allowing guests to easily move throughout the property. The resort also will feature a 33,000 square-foot family entertainment center, over 100,000 square-feet indoor waterpark, 39,000 square-feet of conference center space, spa and golf simulator, and multiple retail outlets, and dining options.

Chickasaw Nation Secretary of Commerce Bill Lance said that cooperation between local and state government and business leaders made this type of investment possible.

“Undoubtedly, an entertainment and lodging complex of this magnitude will add significantly to the exciting progress going on in Oklahoma City. Initially, the resort is projected to employ 400 people and the annualized economic impact year one is projected to be $97 million. Additionally, estimates for the 10-year economic impact of this development are projected to exceed $1 billion, with full-time employment expanding to approximately 700-800.”

The development also will feature a Native American Market and amphitheater. The market provides a space for First American artists to showcase works of art or other creations. The amphitheater and outdoor lawn will accommodate roughly 1,500 people. These venues are meant to augment the museum’s programming with local artist performances, festivals, lectures and similar events.

Lance noted that the development will connect easily with the Boathouse District through a new Oklahoma River Cruises Ferry Landing funded through a $4 million grant from the Federal Transit Administration. Additional access to the area will be available through the trails system from both the north and the south. With the property located directly on the Oklahoma River, visitors will have a front-row seat to the starting line for U.S. Rowing National High Performance Center’s 2000-meter course.

Wynne/Jackson, a Dallas-based real estate development firm, is assisting in the development design for the entire project. New York-based Aquatic Development Group is the hotel developer, while Wisconsin-based ADCI is the hotel and waterpark architect. Benchmark Hospitality will operate the hotel and waterpark, which is expected to employ about 500 people in its operations. CallisonRTKL also is assisting in the master planning of the entire project and serving as architect for the Native American Marketplace and retail and dining components. Johnson & Associates from Oklahoma City assisted with site preparation and ongoing work.

The plans submitted today estimate a project completion in the late spring of 2024.

City and business leaders commented on the announcement of OKANA Resort & Indoor Waterpark.

“The caliber of this development is world-class and truly worthy of America’s 22nd-largest city,” said Oklahoma City Mayor David Holt. “FAM’s opening was just the first step in establishing this site’s potential for our community. The announcement of the development plan illustrates how Oklahoma City can emerge as an international destination for Native and Indigenous culture. This development helps to further create a place where Native and Indigenous people will come together, and a place where all people will experience that culture. On behalf of the people of Oklahoma City, we are so grateful to the Chickasaw Nation for its vision and its commitment to this project. Our mutual partnership is something that Oklahoma City deeply values.”

“We are excited to see the area around the First Americans Museum (FAM) be developed with care and appreciation for the architectural integrity of the museum. Our new neighbors, the AICCM Land Development, LLC, a wholly owned subsidiary of the Chickasaw Nation, have been collaborative and inclusive with FAM as the project has been designed. The FAM team has played an advisory role throughout the process. FAM, as well as the surrounding communities, will greatly benefit from the presence of the conference hotel and water park,” said James Pepper Henry, First Americans Museum Director and CEO.

Roy Williams, Greater Oklahoma City Chamber President and CEO said, “The number of hospitality and lodging options available for OKC visitors of all types has exploded in the past few years. And, soon, the OKANA resort will bring an additional experience that complements our unique new museum. The economic impact of a commercial development of this magnitude, especially in proximity to the new park and the First Americans Museum, builds on the momentum achieved in our city in recent years.  It is a tribute to the “can do” spirit of OKC public and private sector leaders, including especially our partners at the Chickasaw Nation.”

Oklahoma City Convention and Visitors Bureau President Zac Craig said, “As the world emerges from the pandemic, we expect the competition in the convention space will be intense for several years. But I can say with confidence that OKC stands ready with world class attractions for both leisure travel and convention business to compete with any city in this region and beyond. The OKANA project is a welcome and exciting addition to OKC’s hospitality and entertainment portfolio and will further magnify the economic vitality of our city.”

Celebrate the Christmas season with incredible events throughout OKC

Hosting a Holiday Party in Your Home

8 Tips for a Less Stressful Move 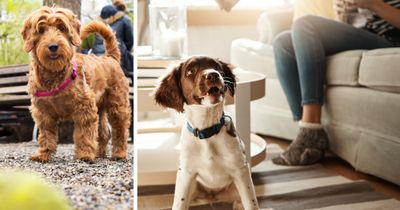 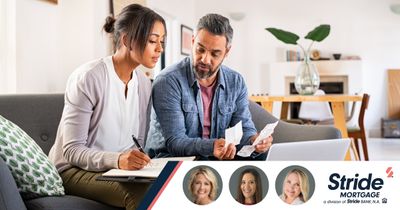