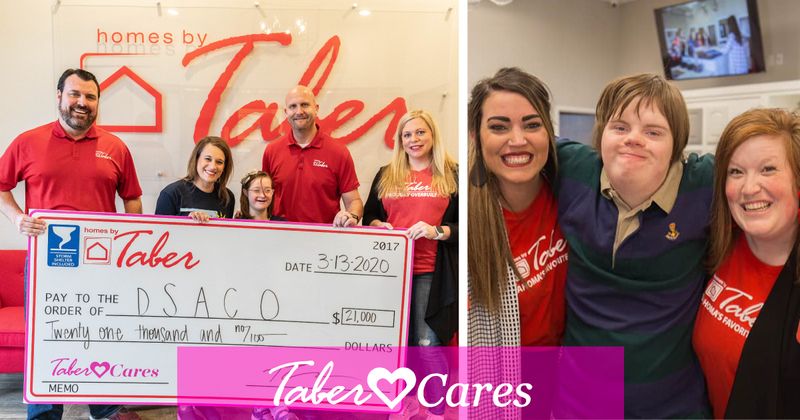 Down Syndrome affects 1 out of every 691 babies born in the United States and 400,000 Americans. Here in Oklahoma, these individuals and their families are getting a helping hand from a local, non-profit organization. Homes by Taber is also pitching in. This month, Taber Cares donated $21,000 to the Down Syndrome Association of Central Oklahoma (DSACO), representing our largest monthly donation so far!

The contribution resulted from our ongoing commitment to give back to our community through Taber Cares, Homes by Taber’s charitable initiative. For every new home sold in a given month, we set aside $250 to give to a designated charity. DSACO was the beneficiary for our February new home sales efforts, which resulted in us selling 84 homes that month.

DSACO was founded 20 years ago by parents of children with Down syndrome. The group currently helps about 900 families throughout Central Oklahoma. From the very beginning, their goal has been to “raise awareness and provide resources, as well as promote acceptance and inclusion for people with Down syndrome.” DSACO sponsors a variety of programs, including parent-to-parent meetings, new parent support, parent and educator support, tutoring, and workshops. D.A.D.S. (Dads Appreciating Down Syndrome) offers monthly meetings for fathers, who share resources and offer support for each other. Kylee’s Kitchen is a weekly event that gives microwave-based cooking classes to teens and adults with Down syndrome, another effort to promote independence.

Homes by Taber team members, Molly Holliday and Sierra Freeman, became involved with DSACO in December 2018. In 2019, they volunteered more than 100 hours combined. But if you ask them, Molly and Sierra will tell you they got back far more than anything they gave.

“As a volunteer, time is such a small thing for me to give,” said Molly who was recently selected to present a speech to DSACO donors and who was amongst the Taber team that presented the $21,000 Taber Cares check to Sarah Soell, the Executive Director of DSACO. Molly goes on to say, “all of the opportunities and encouragement that they have given me, as a volunteer, have been unforgettable. With that being said, I can only imagine how it’s positively changing the lives of its members.”

“Knowing that I can go and spend time with the people at DSACO who are so welcoming, while friendships are being made, is impactful for me. Knowing that I’m impacting them while cooking, dancing, or working out with them makes my heart happy,” says Sierra.

The Taber Cares contribution will be used toward DSACO’s tutoring lab to help the children’s academic achievement and also upgrading their existing kitchen for Kylee’s Kitchen program, which teaches microwave-based cooking classes to young teens and adults with Down Syndrome.

“We can’t thank you all enough and not just your monetary donation, but the joy you bring to our lives and our kids. It is so reassuring to know that a company like Taber truly cares,” Sarah said to the group that gathered at Homes by Taber to applaud DSACO’s efforts. Sarah is also the mother of a 13-year-old daughter with Down Syndrome. “It was evident today in the time and attention spent with my daughter, who I know felt welcomed and most importantly included. From a mama’s heart, that is HUGE! It is not always about the big gifts and donations, it is more about the heart and how the soul speaks to our kids. We are so glad Taber selected us as their project for February, but more importantly, we are elated that they believe in our kids. And THAT means the world to us!”

We are so blessed to have a team of such dedicated and caring people. In addition to doing a great job for the company, they are outstanding community ambassadors. People like Molly Holliday and Sierra Freeman make us proud to work beside them.

Charities are selected every December for the following year’s monthly giving. Applications are accepted online and reviewed by a committee headed up by Julie LeBlanc, Taber Cares Director and wife of the company’s founder, Taber LeBlanc. The January 2020 recipient was SIsu Youth Services, which received $14,000. The March giving is targeted for the American Lung Association in Oklahoma. January and February Taber Cares donations total $35,000 with  407.5 volunteer hours worked so far in 2020.

Homes By Taber, a local homebuilder in the Oklahoma City metro area, offers new, energy-efficient homes starting at 1,500 square feet of indoor living space and going up to 3,350 square feet of indoor living space. Prices for these new construction, single-family homes start from the low $200,000 and go up to the mid $500,000 range. Homes By Taber was founded in 2000 by Taber LeBlanc. We currently build in 20 different locations with new construction homes for sale in the OKC metropolitan area.

Coronavirus in Oklahoma: Two builders and a lender walk into a pandemic

Checklist for building a house 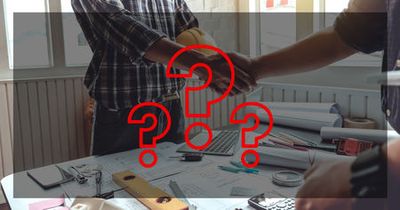 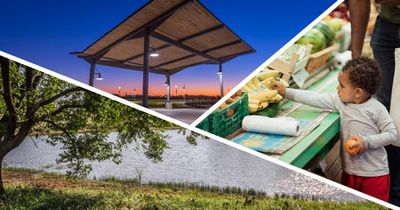