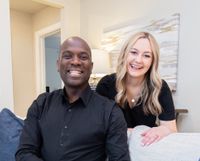 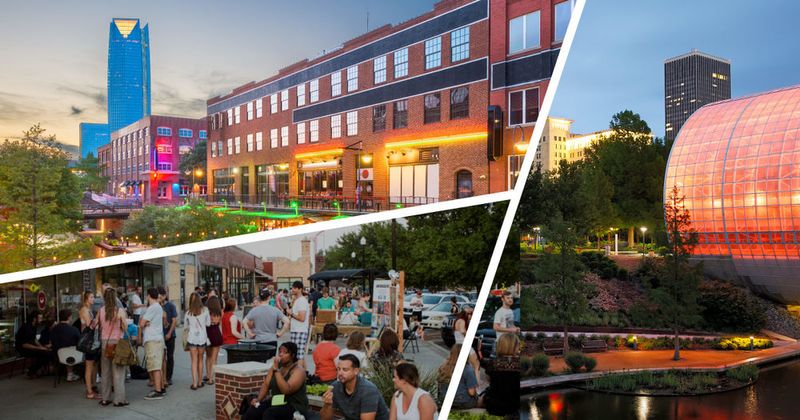 Oklahoma is booming. The economy, job market, and growing list of great things to do attest to this reality. At the heart of it all is the state’s capital, an energetic metropolis that is an excellent reflection of the Sooner State. Sure, feel free to visit, but what’s it like living in Oklahoma City? Since Homes by Taber is located here, we’re blessed to know of the incredible quality of life in OKC.

What is there to do in OKC?

In a word, “plenty!” Oklahoma City presents a bounty of leisure activities. Sports are a major attraction and for some, a way of life here. Serving as the central team for all around the state to cheer for, the Oklahoma City Thunder NBA basketball team is a uniting factor amongst all Oklahomans. Whether you grew up cheering for the OU Sooners or the OSU Cowboys, the Thunder is a central ground that OKC can all agree on. With the Chesapeake Energy Arena located in the heart of downtown, this city welcomes the team and its fans with spirit and community pride. The OKC Dodgers, the Triple-A affiliate for the MLB’s Los Angeles Dodgers, is the local baseball team for OKC. With its popular Bricktown location, it’s highly attended games welcome families from all over to enjoy.

Art aficionados appreciate the wealth of culture here, including the Oklahoma City Museum of Art, Philharmonic, and Ballet. Our western heritage is captured and celebrated by the National Cowboy and Western Heritage Museum, which draws 10 million visitors a year! The 17-acre Myriad Botanical Gardens is always a pleasant place to visit with an abundance of scenery that serves as a backdrop to many photographic opportunities and outdoor events.

Families love the Oklahoma City Zoo, ranked one of the top 10 in the country. The kids will also love the Science Museum Oklahoma, Orr Family Farm, and OKC’s Adventure District. With plenty of parks and playgrounds throughout the city, as well, you’ll never run out of things to do.

What is the climate in OKC?

The climate here gives you four distinct seasons. Summers are filled with sunny days. Fall brings the welcome chill in the air and puts you in the mood for donning your favorite sweater, hunting for pumpkins, and football tailgating. Winter is cold enough to bring snow (average 7.6 inches a year) but not so unbearable that you yearn for the spring thaw. Spring brings the temperature back up to pleasant temps with a little rain thrown in, which boosts the return of the lawns and gardens. The annual temperature in OKC averages a very comfortable 61° F.

Where is the best area to live in Oklahoma City?

The best area to live depends on who you are and what you’re looking for. With the population of OKC steadily growing, there are always new communities in development. Some of the established areas around OKC include the following districts, each with noteworthy attractions and a unique vibe.

The Downtown Oklahoma City area gives you so many reasons to wander around. The Bricktown District is a popular destination for shopping, dining, nightlife, family-friendly activities, special events, history, and the arts. And you can grab a ride on a horse-drawn carriage or board a river cruise for a different perspective on the sights and sounds of Downtown OKC and the surrounding area.

The motto is Where the Neon Lights are Bright and the district provides diverse opportunities for anyone taking the road less traveled. This area was once OKC’s go-to location to purchase cars but has since been renovated for housing, dining, events, and shopping. It’s near the Oklahoma City Marathon finish line and serves as a popular celebratory spot for race runners and spectators.

The Paseo Arts District is Oklahoma City’s Unique Arts Destination with more than 20 local art galleries and 80 local artists of all kinds within walking distance. A popular event for OKC on Memorial Day weekend is the Paseo Arts Festival. The streets are blocked off and vendors galore gather to display their handmade crafts and foods. Voted as one of the top events in OKC, this free festival is a much-awaited yearly event. Every first Friday of the month, The Paseo hosts a gallery walk, rain or shine.

The Deep Deuce District in OKC is more than just a popular housing district, it’s home to hip restaurants and scenery.   This area is coined as Downtown’s Historic Neighborhood, rich with historic significance, live music, dining, and shopping with walkability to all downtown OKC. Deep Duece is known for being the central location for black culture, housing the warehouse district workers after the Oklahoma Land Run in 1889, later becoming the known hub for blues and jazz musicians throughout the ’40s and ’50s. Today, it’s well-versed history serves as the perfect backdrop to a night out full of culture and fun.

Film Row in Downtown OKC dates back to 1907, where the first film exchange distribution office opened. For years, this area served as an asset to the movie industry and helped to create cable tv as it’s known today. Artistic murals, hotels, and theatre are the focal point of this newly revived location.

The Plaza District on 16th Street in OKC is voted Best District by the Oklahoma Gazette. Come out to a monthly block party on each second Friday of the month for Live on the Plaza with live music, artists, and shopping. Featuring some of the trendiest, locally-owned restaurants, shops, theatres, breweries, and galleries, this area is popular for everything from date nights to business lunches.

Midtown in OKC can be considered the coziest spot in OKC for local bars and attractions. Between the outdoor Food Truck Park, Bleu Garten, (whose owner lives in a Taber home), the Dust Bowl Lanes and Lounge, to the Midtown Mutts Dog Park, this area serves as a place where people (and four-legged friends) of all ages can just relax or play. Pop Up Shops draw a crowd to Midtown as well with local shop owners in OKC.

This public livestock market in Stockyards City began operating in 1910, eventually becoming the sixth-largest market of livestock handling. It currently is the world’s largest stocker and feeder cattle market. The cowboy-themed area is complete with live country music, boot shops, a rattlesnake museum, and the famous Cattleman’s Steakhouse, which has been featured in shows like Diners, Drive-Ins, and Dives and magazines like Southern Magazine and Bon Appetit.

Growth and revitalization are happening all around this business and entertainment district in OKC, Uptown 23rd District. Events, restaurants, bars, shops, and the historic Tower Theatre are all stationed along this street downtown.

If you’re hungry for the best Peruvian-Asian Fusion food in OKC, make your way over to the Asian District in OKC. From the authentic Vietnamese market to pho and Peruvian cuisine, this quaint district provides all the ways to curb your cravings.

As one of OKC’s most recent local area attractions, the Wheeler District is classified as OKC’s next great urban neighborhood.  This area is distinctly known for the large Ferris wheel that overlooks the downtown OKC skyline and the scenic bike and running trails, which serve as the path for many OKC training and racecourses, close to the Oklahoma River.

Is it expensive to live in OKC?

U.S. News & World Report ranked Oklahoma City as one of the Best Places to Live in the U.S. All of the reasons we’ve cited so far contribute to this high standing. We also have an affordable lifestyle. The cost of living in OKC is 12% lower than the national average. According to SmartAsset, Oklahoma City is #2 on the list of Best Cities for First-Time Homebuyers and one of the most affordable cities in the country.

The unemployment rate in Oklahoma City hovers around 3.4%, slightly below the national average. We have a broad range of major employers, including the State of Oklahoma, Tinker Air Force Base, University of Oklahoma, INTEGRIS Health, Boeing, AT&T, Dell, Hertz, UPS, and the headquarters for Love's Travel Stops & Country Stores, Paycom, Hobby Lobby, OGE Energy, Sonic, and American Fidelity.

All of these factors are important for you to know when you’re thinking of relocating to Oklahoma City. But there’s another feature that might be hard to measure.

“Its greatest asset is its people. The community is tight-knit, and people are willing to offer a friendly hello, ever aware that their region is really a small town at heart,” proclaimed U.S. News.

Are you ready to get moving to OKC? Start by looking at Homes by Taber’s communities and new homes for sale in Oklahoma City and the surrounding suburbs. Talk to Frankie Lewis to get the inside track on the best places to live in OKC and beyond.

Celebrate the Christmas season with incredible events throughout OKC

Hosting a Holiday Party in Your Home 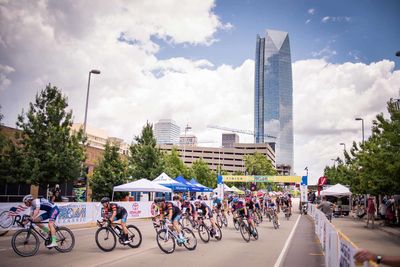 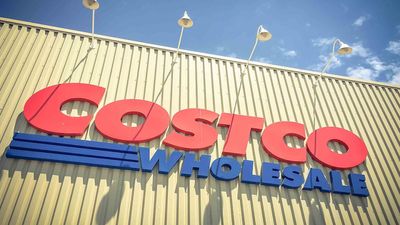