Julie LeBlanc: Giving Back is a Way of Life 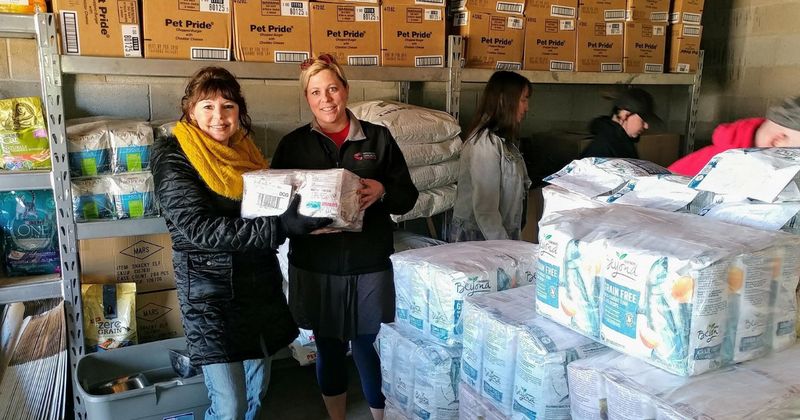 Julie LeBlanc: Giving Back is a Way of Life

Giving back is a way of life for Julie LeBlanc. As the director of Homes By Taber’s charitable initiative, Taber Cares, she puts her passion to work. But even before Taber Cares was created, Julie was an active volunteer and fundraiser in the Edmond, OK area.

To those of us at Homes By Taber, Julie is so much more than Taber LeBlanc’s wife. She is a thread that is woven into the company and the culture. When the company was in its infancy, so were the LeBlanc’s three boys. Julie spent her days taking care of their sons and then headed over to the new homes in the evening to do construction clean-up. She also became involved with elevation and interior design.

She eventually took off some time from the building work to spend more of it with her children, which then numbered four, including daughter, Brinklee. Julie also volunteered for local charities.

In 2014, Taber and Julie learned that many children in homeless shelters didn’t have winter coats. Julie spearheaded a drive that gathered more than 300 coats for kids and adults. A year later, the drive doubled that amount.

The LeBlancs then decided to use their resources to do more. They started a program that donated $250 for every home sold during a month, with the contribution going to a different charity every month. Taber established Taber Cares, a foundation that could guide community outreach, and Julie gladly took the reins.

Initially, the recipients were nominated by Homes By Taber team members. With more requests coming in, Taber Cares has shifted to an application process. By December 2018, Julie received 63 applications for the 12 monthly spots on the 2019 giving list. She says it’s always hard to say “no” to a deserving non-profit organization, but “I save my yesses for those where we can help the most people. Our group includes helping people with disabilities, autistic children, and animal rescues, and delivering meals to homebound seniors, to name a few.” 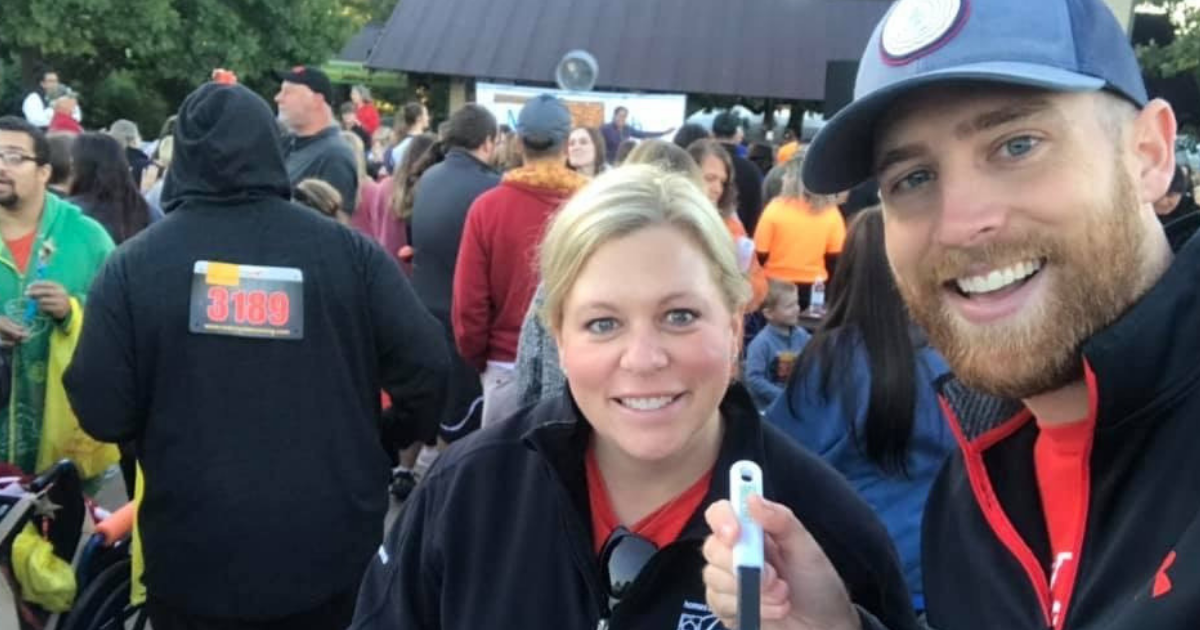 When chasing those goals meant Taber was going to move to Dallas after college—and take Julie with him—John partnered with his son-in-law to start the homebuilding business. John passed away a few years ago, but he lived to see Homes By Taber thrive.

“Dad was more of a mentor to Taber,” says Julie. “Taber had to figure out a lot on his own. Dad wasn’t going to make it easy, but he was so proud of Taber’s fast success. When Taber puts his mind to something, it’s going to happen. He’s a huge risk-taker. Once he starts, he doesn’t idle. Taber jumps all in.”

As a tribute to John, Homes By Taber is building an Edmond community of single-family homes near the Alexander family home. The entrance to Delmer Lakes will feature a windmill, similar to the one John built by the pond on his own property—and where he would sit and reflect for hours.

Julie and Taber welcomed their fifth child last year. As with each family member (except Taber himself), their daughter, Poppey, already has a floor plan named after her. It’s one of the largest home designs in the Homes By Taber portfolio. The Poppey now serves as the model at both Timbercrest and Highland Village.

Julie says she didn’t have much say in the plan named after her. “I’m big with entertaining, and the Julie is one of the smaller floor plans that really boasts entertaining. The openness of the living space and the larger kitchen island allow for entertaining without exceeding a more modest budget.”

She does, however, have a say in staging the homes. Julie works with the designers and decorates each model home. She shops locally and online to find the unique pieces that complete the theme of the home and the style of the neighborhood, like the Rustic Farmhouse style in The Grove, one of our shoppers favorites. 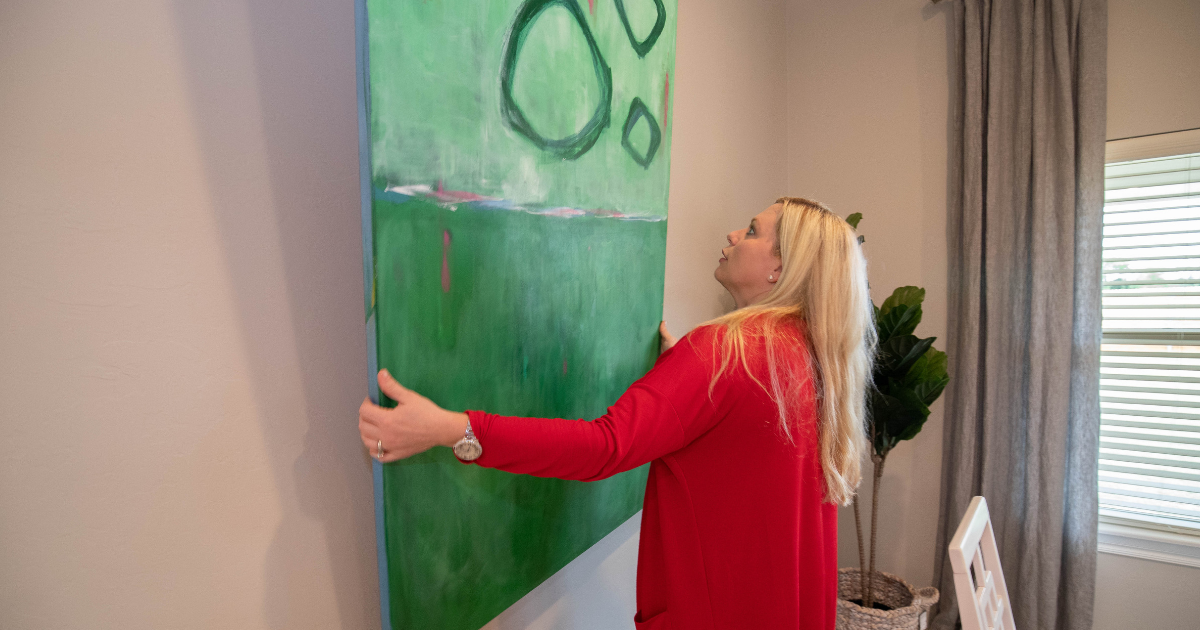 With the summer coming, Julie is getting ready to be outdoors with her family, often at nearby Grand Lake, and in her garden. She carves out space in her schedule for yoga and pilates, as well as one of her favorite activities: watching movies with her husband. The two will be taking a “bucket list” trip to Bora Bora soon, a belated birthday and 20th anniversary celebration.

You might be able to start a business on your own, but cultivating it into a success takes the right balance of help and hard work. When Taber LeBlanc launched Homes By Taber 19 years ago, he had a partner in John Alexander, but an even more important one in Julie Alexander LeBlanc.

Homes By Taber, a local homebuilder in the Oklahoma City metro area, offers new, energy-efficient homes starting at 1,500 square feet of indoor living space and going up to 3,350 square feet. Prices for these new construction, single-family homes start from the low $200,000 and go up to the mid $500,000 range. Homes By Taber was founded in 2000 by Taber LeBlanc. We currently build in 15 different locations with new construction homes for sale in the OKC metropolitan area.

Stop imagining that, Oklahoma City now to be branded as "The Modern Frontier"

Homes by Taber launches new Phase 2 at The Waters 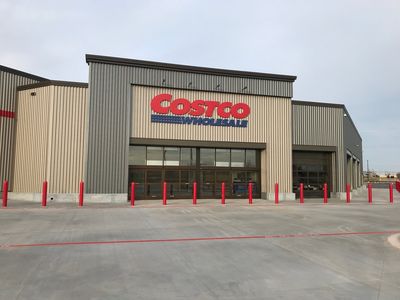 Costco set to open this week in Oklahoma City 11 Features That Will Sell Your Home Faster