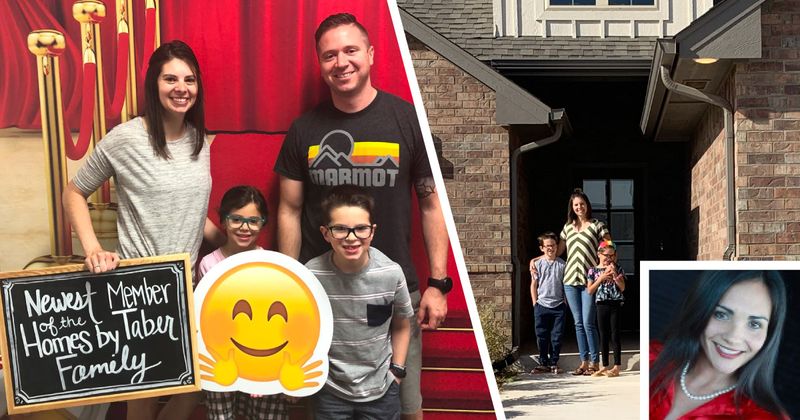 As we honor our country’s veterans this week—and throughout the year—we want to also give our thanks to the active members of the military who live in our Taberhoods. Homes By Taber is proud to serve the people who serve our country.

Tinker Air Force Base in Oklahoma City has played an integral part in our country’s military operations for almost 80 years. Named for Oklahoma native Major General Clarence L. Tinker, the base employs more than 26,000 military and civilian personnel, making it Oklahoma’s largest employer.

Among the many people who keep Tinker Air Force Base thriving are families who made the choice to live off-base. At Homes By Taber, we see quite a few buy a home in the Oklahoma City area. Jared and Amber Martinez represent a great example of the challenges of taking this step when your life can be nomadic in the military.

From Alaska to Oklahoma

Jared had been stationed in Alaska for more than three years when they learned he was being transferred to Tinker Air Force Base. Jared is an Air Weapons Officer on the AWACS (Airborne Warning and Control System), a surveillance system that uses long-range radar to provide early warnings of contacts in the air and on land. They knew that his specialty meant he would likely be deployed overseas.

The couple decided it was time to stop renting and buy a home for themselves and their two young children. In February 2019, they began searching on Zillow for new homes for sale near Tinker Air Force Base. Amber reached out to Kat Kosmala, a Realtor in Oklahoma City who was also a military spouse. The Martinez and Kosmala families coincidentally knew each other when they were stationed in Florida at the same time.

Kat specializes in working with military families. She has helped more than 160 of them find their home. She says about 70 percent of these people are first-time homebuyers. Not only are they entering into a new experience, but they’re usually doing it from a long distance. Kat has worked with servicepeople from as far away as Germany, Okinawa, and Bahrain, sending many of them to Homes by Taber.

“They often have just three days to come here and find a home,” explains Kat. She is very familiar with the process, having relocated 10 times to seven different states and two countries during her 21-year-marriage to Timothy, an Air Surveillance Weapons Officer.

The trail leads to Taber

The Martinez family found a Homes By Taber home design they liked. The Julie floor plan has a 4-bedroom, 2-bath design that offers an open concept in the main living area, something that really appealed to Amber. They also liked the split floor plan, with the master suite on one side of the home and the secondary bedrooms on the opposite, a feature that affords more privacy.

“I truly enjoy working with Homes By Taber. They understand the needs of the military,” says Kat. She says the Design Center accommodates the time differences and makes themselves available to FaceTime with a homebuyer at hours that are, well, above and beyond the call of duty.

In addition to researching homes for sale near Oklahoma City, Amber looked into the schools so that their nine-year-old son and seven-year-old daughter would have the best educational experience. Kat’s expertise was helpful in giving them a local connection with the combined perspective of real estate and military life. Like many parents, they were pleased to discover the abundance of great schools in Oklahoma City and the suburbs. They zeroed in on Deer Creek School District, which has consistently earned top honors for its, and then The Grove, which is known within Deer Creek for their abundance of amenities.

“We wanted a neighborhood with lots of people. The elementary school is right in The Grove. Our kids would be going to school with the children who live there,” Amber explains. The Martinez family also appreciated the family-friendly community amenities at The Grove: a swimming pool, clubhouses, fitness center, parks, playgrounds, soccer field, and basketball court.

From their home in Alaska, Jared and Amber found a Julie floor plan under construction in The Grove. Kat connected them with Haley Reeves, our Community Sales Manager there, and things got moving! Because the home was early enough in the construction process, the couple could select most of the finishes to personalize it. Amber chose a blue color for the kitchen’s center island and added a mud bench in the foyer, with the same color.

“I was so excited for the included fireplace and the wood-look tile, but just having a new home was enough,” Amber says. The couple had already moved four times in their 11-year marriage, with startling shifts like going from Missouri to Japan to Florida and then to Alaska. “When you live in base housing, it’s just one after another.”

Closing in on the closing

Jared, Amber, and their two children left Alaska in May and spent two months with their families back in Littleton, Colorado, where they both grew up. Haley continued to text them updates with photos of their new home as it progressed. In mid-June, Jared and Amber did a walk-through of their home, seeing it for the first time 11 days before their closing. They walked around the corner lot, reveling in the spacious yard for their children.

Jared made the easy commute to Tinker Air Force Base from their new home in The Grove until he was deployed overseas in September. In spite of the distance, he speaks with his wife every day. She tells him about the other families from the Alaska base who are building homes in The Grove. She knows that there are also many more military families living in The Grove but hasn’t met them yet. Right now, Amber is focusing on the upcoming holidays. Jared has always been home for Christmas and she is hopeful that this year will be no exception, so that they can share their first Christmas in a home that is truly their own.

Homes By Taber, a local homebuilder in the Oklahoma City metro area, offers new, energy-efficient homes starting at 1,500 square feet of indoor living space and going up to 3,350 square feet of indoor living space. Prices for these new construction, single-family homes for sale start from the low $200,000 and go up to the mid $500,000 range. Homes By Taber was founded in 2000 by Taber LeBlanc. We currently build in 20 different locations with new construction homes for sale in the OKC metropolitan area, particularly Edmond, OK. 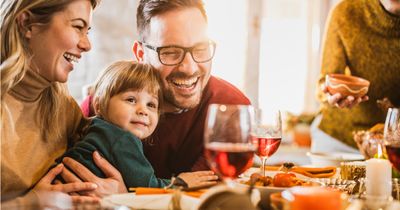 ‘Tis the season to buy a new home 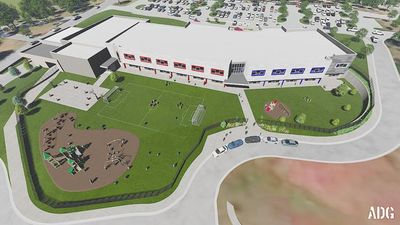